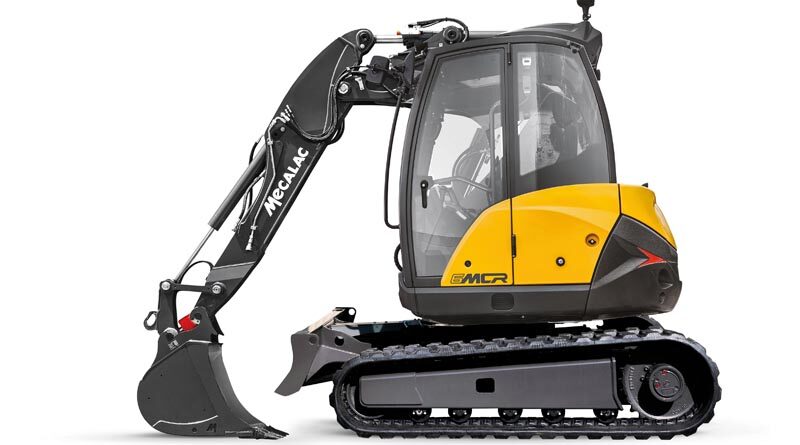 The new option is a variation of the Mecalac boom optimized for excavation and truck loading applications. This alternative boom configuration positions the stick cylinder above the boom, rather than underneath, to provide a wider working angle, faster movement and higher penetration force while maintaining the features that make the original Mecalac Boom revolutionary on the excavator market. Dimension and work envelope remain similar to the standard boom, and attachments, such as loader buckets and pallet forks, are still compatible.

The boom is offset to the side of the cab, which allows the operator to angle the first part of the boom back to increase stability during lifting — resulting in the highest lifting force in its class — and reduces the machine’s overall footprint for work in confined areas.