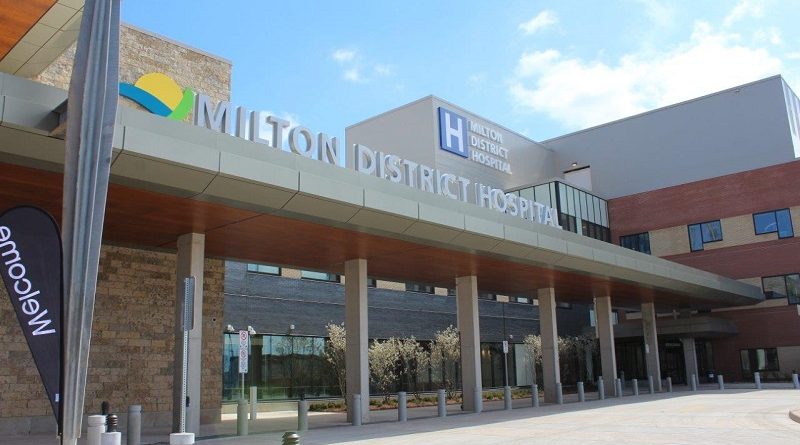 A major challenge was allowing the remaining MDH to continue to serve the community during construction, which was key to the success of the expansion. It was built to meet the increasing care needs of one of Canada’s fastest growing communities and to accommodate new technology. PCL Toronto District Manager Kelly Wallace explained how the efficiency of this project demonstrates exemplary collaborative success, according to a statement.

“Milton District Hospital expansion project is a case study for design-build excellence,” said Wallace. “Achieving total completion within seven months of substantial completion on a project of this scope speaks volumes about the collaboration and respect exhibited by all partners, which was a critical success factor in achieving this tremendous outcome for the people of Milton.”

With an air-tight, 25-month design-build schedule executed on an active hospital site, more than 40 PCLers influenced an outstanding safety culture that sent more than 600 tradespeople home safely every day, with more than 1.2 million hours worked without a lost time injury (LTI).

The MDH project brings expanded emergency and surgical services, medical/surgical inpatient units, critical care, maternal newborn and diagnostic imaging, and support services to the community. The hospital’s capacity increased from 63 to 129 inpatient beds, including 80 percent single-patient rooms for improved infection prevention and control and increased patient privacy in a quieter healing environment. A level 2A Special Care Nursery with capacity for eight bassinets in the Maternal Newborn Unit is included as well as the hospital’s first Magnetic Resonance Imaging (MRI) machine.

With these additions, patients will have increased access to healthcare services, with a unit layout that puts equipment, supplies and staff closer to the patient, enabling more direct care time with patients. MDH facilities will also encourage the participation of family and friends, including pull-out sleeper beds inside patient rooms to allow a family member to stay overnight with their loved one, along with available room-service delivery on most inpatient units that enables patients to order meals by telephone from their hospital room.

The expansion comes along with the implementation of new technological systems, including an electronic patient tracking system to manage each patient’s records from the moment they arrive as well as wireless handheld devices that allow staff to communicate with both systems and people. The hospital will now use reliable networks to support clinical, communications, security, environmental, building and back office systems. The hospital is pursuing its LEED Silver certification with a sustainable building strategy, holding a mechanical design of the hospital optimizes energy usage by incorporating energy-efficient design and maximizing equipment efficiency.

“Reaching final completion demonstrates another significant milestone for the Milton District Hospital project. Plenary remains incredibly proud of the collaborative working relationship we have with all the project partners, and we look forward to participating in the ongoing success of this facility,” said Angela Clayton, Plenary’s group head, Buildings Division, according to a statement.