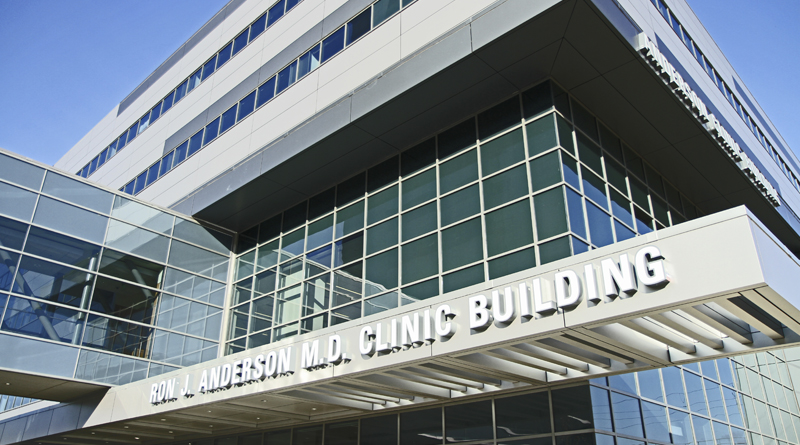 DALLAS — Parkland Health & Hospital System is scheduled to open an ambulatory clinic Jan. 17, 2017 that will be named after the hospital’s late Chief Executive Ron J. Anderson. The five-story, 227,420-square-foot facility will provide neurology, ophthalmology, orthopedics and urology services to patients.

Throughout his 40 years of involvement with Parkland Health, Anderson established a number of community-based health clinics in neighborhoods that lacked services. While he stepped down from the Parkland in 2011 after the hospital had failed several health inspections, Anderson was known to connect with disadvantaged patients on a personal level. About 12 of his clinics that were opened in underserved neighborhoods are still standing today.

To continue his tradition of providing health care services to disadvantaged communities, the ambulatory clinic broke ground July 10, 2014. The building was substantially completed on Oct. 30, 2016.

One of the building’s main features includes a sky bridge that connects the ambulatory clinic to the main hospital on the second floor. An additional connection is made through the lower level, according to a statement from Parkland Health. Additional supplies and hospital equipment can be transported to the building through an underground tunnel.

The facility’s design also incorporates 171 exam rooms as well as four MRI machines, five CT scanners, three radiology units and seven ultrasound rooms with the capacity to expand. The facility also comes with a pharmacy that will operate 24/7, according to a statement from Parkland Health.

One of the biggest challenges during construction was that the building was designed several times based on changes. This also extended the construction schedule.

The ambulatory clinic will be located next to the DART green line, making it easier for staff and patients to access the hospital’s services. This also continues Anderson’s tradition of making services accessible to everyone in the Dallas community.

“Patients, family and staff members can easily get to the clinic via light rail or DART buses,” said Jerry Nickerson, Jr., Parkland’s interim vice president of facilities and development in a statement.

During 2016, there were more than 355,000 outpatient specialty clinic visits. In March of that year, Fred Cerise, M.D., MPH succeeded Anderson and is now in responsible for monitoring the ambulatory clinic’s progress while receiving feedback from patients and staff.