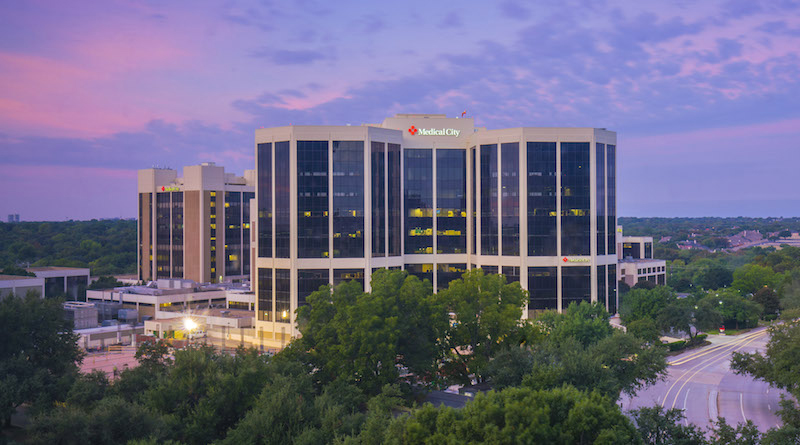 Serving as the general contractor, Birmingham, Ala.-based Brasfield & Gorrie teamed with architect Perkins+Will, with offices in Dallas, for both projects.

Brasfield & Gorrie has completed or is currently working on 24 projects at the Medical City Dallas Campus.

The recently completed expansion in the hospital’s Building E tower included a seven-story, 206,400-square-foot addition as well as a 65,200-square-foot interior renovation, which were completed in just 27 months. The construction team used prefabricated patient room headwalls and a prefabricated exterior curtain wall system in the vertical addition, which helped save time on the schedule. The patient room headwalls were prefabricated on site, while the curtain wall system was created off site and delivered to the site for installation.

“Our team worked closely with Medical City Dallas to execute the master plan expansion and renovation without compromising their ability to serve the Dallas community,” said Brasfield & Gorrie Senior Project Manager Chris Wall in a statement. “We were able to implement measures, ranging from prefabrication to self-performance, to expedite the schedule, saving time and money and allowing Medical City the option to further enhance its facilities.”

Construction on the new five-story vertical expansion began this fall. It will transform the existing Tower D into a new Women’s Hospital and is scheduled for completion in spring 2018.