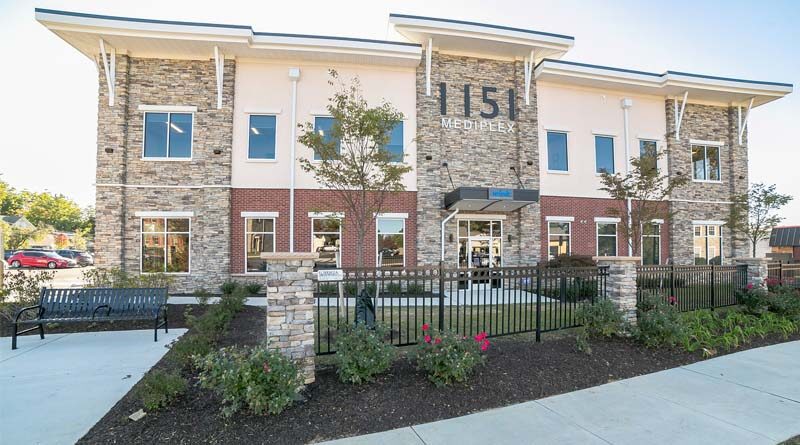 ABINGDON, Penn.—Healthcare property management and development firm Mediplex Property Group LLC has announced that they have finished buildout of a new facility that will sit adjacent to and support one of the Philadelphia area’s major hospitals.

Mediplex Abington, the first ground-up, Class-A MOB to be constructed in the area in several decades, is situated at 1151 Old York Road, mere steps away from Abington Hospital–Jefferson Health, which is the largest of the hospitals serving the communities of Philadelphia’s north suburbs. Mediplex Abington and the Abington Hospital–Jefferson Health are both situated in an area that has become a destination for the construction of numerous healthcare properties in recent years.

The two-story, 20,000-square-foot Mediplex Abington MOB will be anchored by Abington Neurological Associates (ANA), which has operated in the greater Philadelphia area for a half-century. In a recent statement, Dr. David Weisman, director of the ANA Research Center, said that the MOB will be a locus for ANA’s ongoing clinical research into neurological disorders and fashioning novel treatments for the same.

The MOB, which is already 100-percent leased, will also house such healthcare operators as LabCorp, Wink Optical and Eyecare, as well as RMA-Jefferson Health, which is part of the reproductive firm IVI-RMA Global.

The new facility is being touted as an epicenter for neurological care in Greater Philadelphia, and the MOB will be focusing specifically on care for patients with such conditions as Alzheimer’s disease, Parkinson’s disease and multiple sclerosis. Healthcare experts on site will also be placing special emphasis on pain syndromes and caring with patients who have suffered from strokes.

Linn Architects of Media, Pa., designed the MOB facility. Construction management was provided by Axis Construction Management of King of Prussia, Pa., and the project was financed through the Bryn Mawr Trust Corporation.

Jeffrey Goldstein, a principal with Mediplex Property Group, commented that building out a state-of-the-art medical building in the height of a worldwide pandemic showcased not only the competence of the development team, but also the increased importance of tenant ownership to the success of independent physician practices.

“Offering physicians the opportunity to have equity in the real estate they occupy can mitigate upfront capital expenditures; create long-term wealth; generate additional revenue to offset declining reimbursements; and open avenues to attract and incentivize new hires,” Goldstein said. “We have enjoyed tenant ownership participation in each of our last three projects. In doing so, we have become more astute developers of healthcare real estate; gaining a level of insight into the evolving facility needs of ambulatory care that is only possible by this type of true partnership.”

Mediplex Abington represents the second property that Mediplex Property Group has developed in Abington Township in the last few years. Previously, the company brought online the DaVita Willow Grove Dialysis clinic in nearby Willow Grove. That earlier project earned Mediplex a Developer of the Year award from the Abington Township Economic Development Committee.