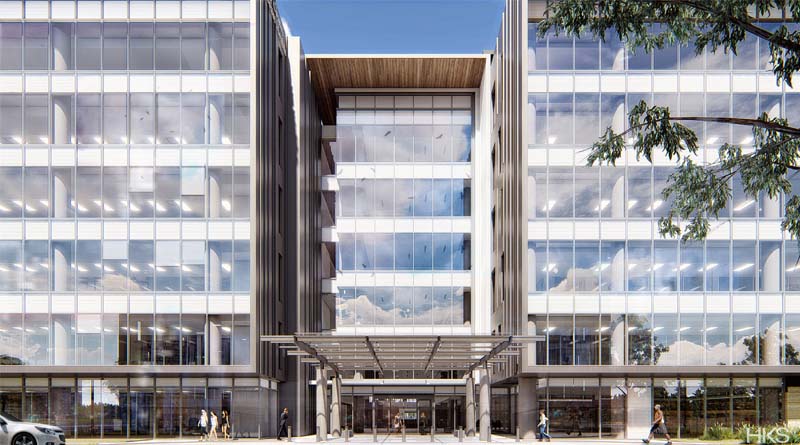 The new 2.8-million-square-foot Parkland campus is nearly twice the size of the old hospital on the site in Dallas County.  The Dallas-Fort Worth area experienced the largest expansion in population of any metropolitan area in the country in 2018, according to U.S. News & World Report, which means the ninth-most-populated city in the country will be in need of such expansion in the healthcare field as well.

The Parkland hospital sees over one million patients annually, according to their website, with the medical facility offering a Level 1 Trauma Center, Level III Neonatal Intensive Care Unit and the second-largest burn care facility in the country.  It is also the teaching hospital for the University of Texas Southwestern Medical Center.

Burns & McDonnell’s commissioning team will ensure that the Parkland hospital’s performance is met within the parameters of the design, construction and programming criteria set forth within the project’s multiyear Indefinite Delivery/Indefinite Quantity (IDIQ) agreement.  The firm will oversee the ongoing construction operation, test and verify all of the new systems as well as oversee new equipment rollouts after the construction phase has been completed.

Part of the Burns & McDonnell plan includes meeting LEED v4 certification, which entails not only monitoring the quality of the hospital’s air, but also working on such internal systems as HVAC, room pressurization, humidity control, emergency power supply, plumbing, lighting controls and security.

One of the first parts of the project entails the design and build-out of a six-floor, 525,000-square-foot outpatient clinic, encompassing laboratories, offices and examination and treatment spaces.

According to Parkland’s website, Parkland Health & Hospital System was founded as a company in 1894, and has since seen such growth that they are now operators of one of the largest public hospital systems in the United States.

Parkland President and CEO Fred Cerise was quoted in the Dallas Weekly this month—on the 125th anniversary of the company’s founding—as saying that Parkland is an integral part of the Dallas County health system and “was created with the mission to care for our community’s most vulnerable residents.”

Burns & McDonnell, encompassing over 7,000 employees, is 100 percent employee-owned and was included on Fortune magazine’s 2019 list of “Best Companies to Work For.”  The company has provided more than $11 billion in new construction within the past four years.

“We’re excited to help Parkland implement a commissioning program that will be an integral part of Parkland’s mission to provide medical aid and hospital care to area patients,” Kyle Lambert, commissioning manager for Burns & McDonnell, said in a statement.  “At Parkland, the goal is to provide high-quality, safe care for their patients through compassion, skill and teamwork. We support Parkland’s vision and are committed to delivering a comprehensive commissioning approach focused on collaboration, accountability and attention to detail.”