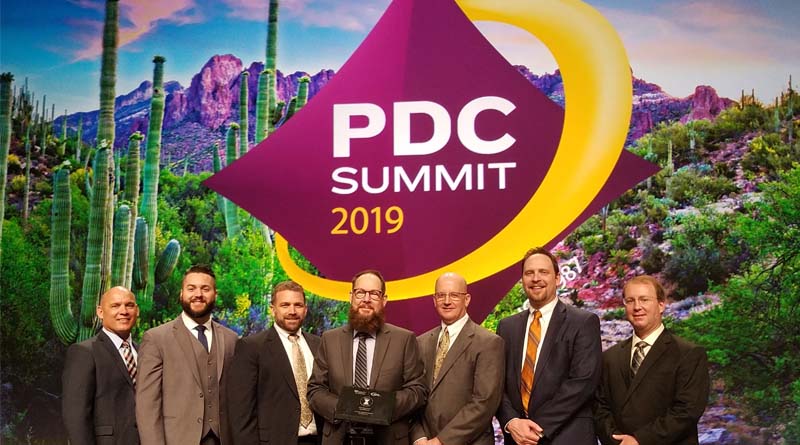 JENKINTOWN, Pa. — PWI, a leading engineering and energy solutions design firm, is the recipient of the ASHE 2019 Vista Award in the category of Infrastructure for the Lancaster General Hospital Energy Center at Penn Medicine Lancaster General Health.

The team, led by PWI, and working alongside Brownstown, Pa.-based Benchmark Construction and Cornerstone Design Architects of Lancaster, Pa., finished the $28.4 million, 31,404-square-foot facility in March 2017.

The result of their work is an independent energy plant which significantly lowers operational costs, reduces environmental impact and enables the hospital to be a fully functioning sanctuary in the event of a natural disaster or power interruption. The complex project realizes energy efficiencies, cost savings and the reduction of its environmental impact.

The American Society for Health Care Engineering (ASHE) of the American Hospital Association presents the Vista award to an organization that has modified or replaced major portions of a facility’s utility generation, distribution, or control systems through significant project planning.

Innovative solutions were exercised to ensure resilient and redundant power needs to last for decades and serve in times of exceptional need.

Operating for more than a year, the Energy Center’s goals for production, sustainability and operational savings have not only been met but have exceeded expectations; noting its operational costs being reduced by $938,000 in the first year alone.

Resulting from the best in class technology, a staggering regional reduction in environmental impact has been realized as well with Carbon and Carbon Dioxide reduced by 20 percent, Nitrogen Oxides by 47 percent and Sulfur Oxides by nearly 100 percent.

The timing of the project avoided the cost of replacing the traditional systems while allowing for utility rebates and state-funded grants to reduce the amount of upfront capital required.

“Our team solved some of the most complex operational and financial challenges while significantly increasing energy capacity and reducing overall costs,” said Bradley Bathgate, president of PWI. “We are incredibly proud of the results and to be recognized by our peers in ASHE is a great honor.”

Throughout the 18 months of construction, the team worked closely with the Lancaster General Hospital facilities department and healthcare providers to keep the hospital operational and minimize patient disruption. Consideration and extensive coordination were required for clean storage relocation, helipad and ambulance routes as well as main service switchgear connections, water and steam connections and other operational impacts.

The biggest challenge of the project was that the majority of the construction took place in and over the existing operational central boiler and chiller plant while supporting all of the new equipment above. The coordination of operable equipment needed to be phased with design and energy modeling. Reality and design from a physical and operational perspective were closely connected to keep operations moving and reduce costs as much as possible. For the first time in its existence, parts of the electrical systems were shut down to allow for modifications.

“Our new Energy Center positions us for a future of greater energy reliability and sustainability at lower cost – all of which was achieved through a strong commitment to communication and problem-solving,” says Jan L. Bergen, president and CEO of Penn Medicine Lancaster General Health. “I am confident Lancaster General Hospital’s high-quality infrastructure will enable us to provide our community with essential clinical services well into the future.”