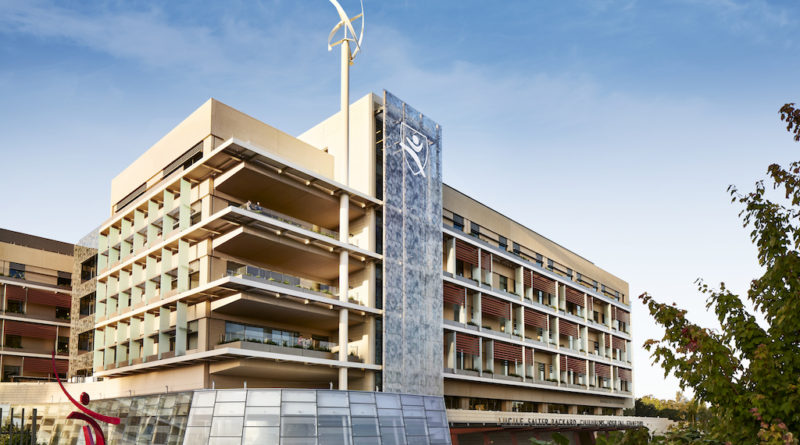 PALO ALTO, Calif. – The main building at the Lucile Packard Children’s Hospital in Stanford is now open. The impressive hospital has been a work in progress for over ten years, making its completion a cause for true celebration for all of those involved in the extensive project, as well as those who will benefit from its services.

The building was designed by Perkins+Will out of its New York office, in conjunction with Hammel, Green and Abrahamson Architects, Inc. (HGA), headquartered out of Minneapolis, Minn. DPR Construction served as the general contractor on the project, headquartered out of Redwood City, Calif.

The main building of the new hospital was officially opened on Dec. 9, 2017, after the hospital was given its licence by the California Department of Public Health on Dec. 4, just five days before. An official ribbon-cutting ceremony took place on November 30 which included approximately 300 leaders from the hospital and Stanford University, as well as elected officials, community partners and members of the donor community.

“Hundreds of staff prepared for months and months for this day, when this new building became part of our working hospital,” said Christopher G. Dawes, president and chief executive officer at Lucile Packard Hospital and Stanford Children’s Health in a recent statement.

The new 521,000-square-foot building increases the original pediatric and obstetric hospital size by more than double. Expansion of the new building meant the addition of 149 patient beds, bringing the total bed count to 361 on the Palo Alto campus.

While the main building of the new hospital is open for business, more construction remains to be accomplished on the West building over the next few years. Construction will include a new surgery center with six new operating suites, as well as intraoperative MRI technology and angiography equipment in the neuro-hybrid surgery suite that will be constructed.

Amongst many other exciting features, the new main building at Lucile Packard is the anticipation of LEED Gold certification, which, when achieved, will make the new hospital one of the most sustainable children’s hospitals in the country, according to Robin Guenther, principal at Perkins + Will in a recent statement.

The new building features sustainable features such as water-efficient landscaping and water collection systems. These features are projected to save 800,000 gallons of water annually. In addition, ventilation and shading systems have been installed that will mean reducing thermal energy usage by 60 percent, as compared to other similar hospitals in the area.