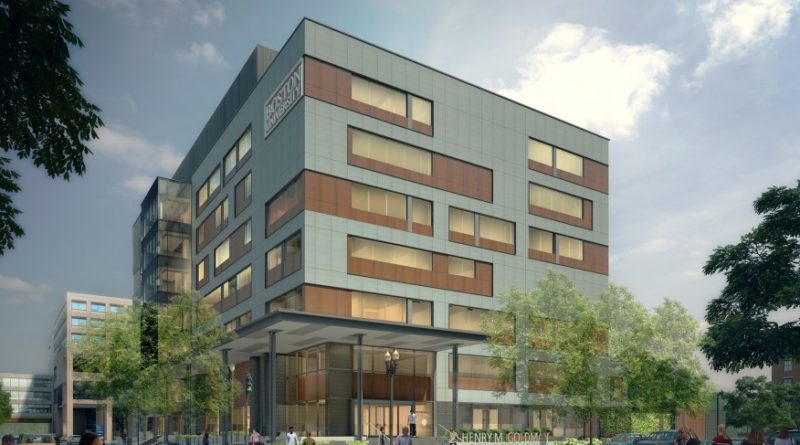 BOSTON, Mass. — One of the country’s largest integrated design firms, Detroit-based SmithGroupJJR has announced the expansion of its national presence with the acquisition of TRO, a Boston-based, multidisciplinary healthcare design firm. The expansion launches SmithGroupJJR’s first New England location, joining the Washington, D.C. practice as the firm’s only two East Coast offices, with the goal of strengthening the firm’s healthcare design expertise. This effort increases the company’s resources to 1,300 employees and 12 offices across the U.S. and China, according to a statement.

With TRO becoming the Boston office of SmithGroupJJR, Mark Jussaume, PE, LEED AP, who has been with TRO since 1990 and most recently served as the firm’s CEO, takes on the role of office director for this location.

TRO’s recent projects also include the Alfond Center for Health at MaineGeneral Medical Center, with the operation working under a collaborative Integrated Project Delivery (IPD) method to complete the project ten months ahead of schedule; the Neonatal Intensive Care Unit at Brigham and Women’s Hospital, a complex expansion over the Hospital’s Labor and Delivery floor, as well as the full renovation of the existing NICU; and the Menino Addition and Renovation at Boston Medical Center, which faced the challenges of relocating operative departments into currently occupied space without disturbing patient care.

SmithGroupJJR team consists of 1,300 experts committed to strategy, design and delivery.  The firm creates exceptional design solutions for healthcare, science and technology organizations, higher education and cultural institutions, urban environments, diverse workplaces, mixed-use and waterfront developments, and parks and open spaces. TRO expresses “a singular commitment to the healthcare sector combined with our multidisciplinary service offering of architecture, engineering and interior design delivers unparalleled value to our clients,” these similar strategies being the connection between the two firms, according to a statement.

Russ Sykes, managing partner at SmithGroupJJR, states that the two practices began conversations a year and a half ago to “get to know each other and make sure it’s what both teams wanted”, with the main concern of finding a partner which shared cultural similarities while entering the acquisition process. A former SmithGroupJJR employee who had joined TRO noticed the cultural similarities between the two firms, prompting the initial talks of a partnership, according to a statement.

“A former SmithGroupJJR employee joined TRO and recognized the similarities between our two firms’ cultures and values,” Jussaume stated. “A year of discussions grew into this opportunity to join forces. There’s no doubt that this partnership will add tremendous depth in all disciplines and allow our expanded organization to leverage deep expertise in several key market sectors.”

SmithGroupJJR’s development plans include establishing additional offices and expanding services and markets into existing offices where there is strategic alignment with client needs. The acquisition of TRO follows other recent moves, including the opening of an office in San Diego, the addition of engineering services in all California offices, and expanded service offerings at the Madison, Wisconsin office to include architectural design for the first time in the firm’s history.  The firm has also recently created Workplace studios in its Los Angeles, Dallas and Chicago offices and Science & Technology studios in Chicago and Dallas.

SmithGroupJJR Managing Partner Russ Sykes, PE, LEED AP acknowledged that establishing a presence in the Northeast, and Boston in particular, has been part of SmithGroupJJR’s long-term plan. “As opportunities to grow the firm have been identified, the Northeast was an obvious gap in the geography of our offices. New England is a prime location for the markets we serve and a great region for recruiting talent,” Sykes explained. “We were already teamed with TRO to deliver projects in the region, including working together at Exeter Hospital and on Boston University’s Henry M. Goldman School of Dental Medicine. This move allows us to be closer to those clients while continuing to expand our portfolio in other markets.”

The Boston office will continue doing business as TRO into the second quarter of 2018, at which time it will be fully integrated into the SmithGroupJJR brand.