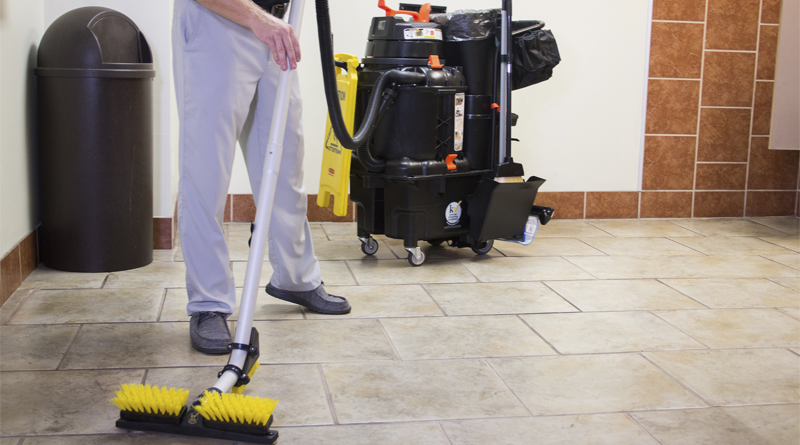 CLEVELAND – A 2017 study published in the American Journal of Infection Control – titled “Are hospital floors an underappreciated reservoir for transmission of health care-associated pathogens?” – determined that hospital floors harbor dangerous germs and should be reclassified as “critical” areas with regards to a requirement for more thorough cleaning and disinfecting. This study was conducted in response to the previous and existing perception that hospital floors were considered an unlikely source for the spread of infection in a hospital setting.

The findings of this study were that floors in patient rooms were often found to be contaminated with Methicillin-resistant Staphylococcus aureus (MRSA), VRE and C. difficile, with C. difficile being the most frequently recovered pathogen found in both CDI isolation rooms and non-CDI rooms. Of 100 occupied rooms surveyed, 41 percent had one or more high-touch objects in contact with the floor. These objects included personal items and medical devices such as blood pressure cuffs, patient socks, call buttons and other supplies. The researchers found MRSA on 18 percent of worker’s hands that handled an object in contact with the floor as well as VRE found on 6 percent of workers hands and C. diff found on three percent of worker’s hands.

“While the study emphasized the need to take floor cleanliness seriously, it did not specify exactly how this should be accomplished,” said Matt Morrison, communications manager at Kaivac, developers of the OmniFlex Crossover Cleaning system who promoted the study in a recent statement. One possible way to effectively clean hospital floors is to use Commercial Disinfecting Services such as those provided by LHI Janitorial & Disinfection Services. A cleaning service such as this is a safe and reliable way to kill bacteria, viruses and moulds that may be present in high-touch areas, helping to reduce transmission of disease and save lives!

While the study did not yet have specifics on how to solve the issue of floor contamination and cleanliness, the findings did include recommendations regarding implications for possible new procedures necessary for improved infection control in hospitals, including the education of health care personnel and patients to avoid placing “high-touch” objects on the floor when possible.

Another conclusion of the study was that further studies are needed to examine current floor-cleaning standards and disinfecting strategies in removing potential pathogens from floors, and a continued need to determine better practices based on the findings of this study.