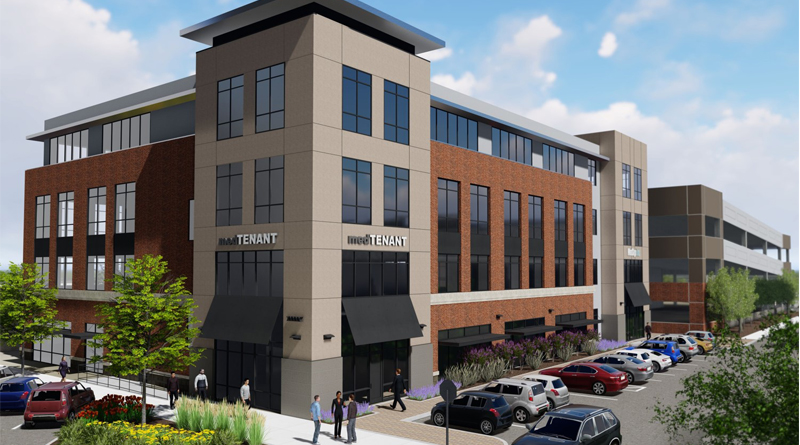 SUPERIOR, Colo. — A groundbreaking ceremony was held on April 4 for the new Superior Medical Center in Superior. While the new development is not expected to be complete until January 2018, the new medical center is already 50 percent leased to multiple tenants. The new medical center will provide imaging services (MRI, CT and X-ray), urgent care, primary care and orthopedics once complete.

The four-story, 60,000-square-foot building has a budget of $18.5 million, and includes a pedestrian bridge on the second floor that will lead to a four-level parking structure with 229 parking spaces. Intergroup Architects in Littleton, Colo., is the architect on the project, with DSP Builders Inc. out of Denver serving as the general contractor. Pacific Medical Building (PMB) in San Diego, Calif., and the Sawtooth Development Group LLC in Ketchum, Idaho, are both working as the project developers for the new facility.

“The reason for this project really was Dr. Hsin, (orthopedic physician at the Sports Stable) he was the visionary behind this,” explained Matt Scoggins, project manager of Sawtooth Development Group in a recent statement. “Given the Sports Stable being [in close proximity to the new building] and the anticipated 1.5 million people coming in and out of there every year playing everything from pickleball to lacrosse to hockey, he thought it would be a synergistic opportunity to bring in that kind of medical backstop for support.”

The building includes energy-efficient LED lighting and PMB-selected locally-sourced finishes made in the U.S. and with recyclable content, according to Bill Smith, senior principal at Intergroup. “The 229-car, off-street parking facility will help reduce traffic and parking concerns for downtown Superior,” said Smith. “The facility will also provide a better accessible experience for patients, visitors, doctors and staff, with the pedestrian bridge. Bicycle racks provided in the parking facility will also encourage a reduction in vehicle traffic to and from downtown.”

The medical office building elevations reflect a variety of building materials, colors, heights and façade articulation/relief, according to Smith. Additionally, varying building materials and colors serve to distinguish building corners, base walls and floor levels, according to Smith. “Elevations feature brown stucco columns that define each building corner, and red brick which matches the brick used on The Sports Stable building to the south,” said Smith.

The defining architectural elements of the parking garage will be the structure’s four corners, which are distinguished by brick, split-face CMU block and contrasting stucco finishes, according to Smith. The north side of the parking structure also features a tower element on each corner that corresponds with each stairway location.

“We’re excited about the opportunity to be part of the downtown Superior project as it represents the continued evolution of the principles of consumerism in health care delivery,” said Jake Rohe, partner and senior vice president at PMB in a recent statement. “The Superior Medical Center will provide a variety of ambulatory uses in a community–focused, mixed-use master plan.”