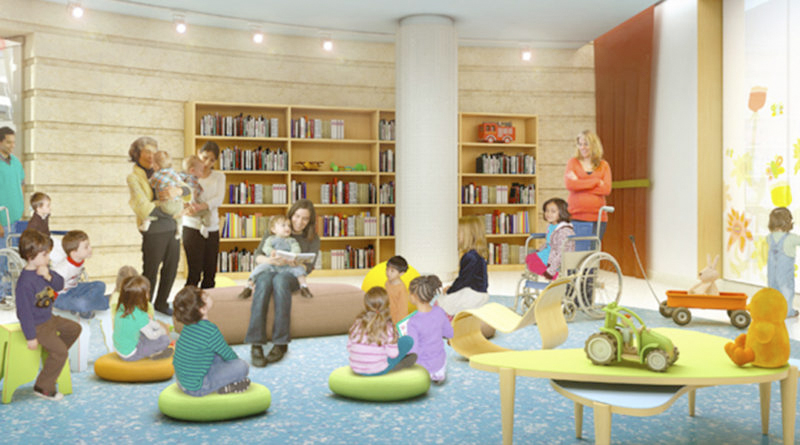 PALO ALTO, Calif. — An expansion to the Lucile Packard Children’s Hospital in Palo Alto is slated to open this fall. The expansion of the 26-year-old facility has been in development since 2006, and the hospital broke ground on the expansion in September 2012.

It was previously reported that the project was slated for completion in summer 2017, however, the timeframe for completion has since been delayed by a few months. The $1.2 billion expansion will add 521,000 square feet, 3.5 acres of garden space, 149 patient beds and six operating suites, nearly doubling the size of the existing campus. Perkins+Will of Chicago and Hammel, Green and Abrahamson Architects of Minneapolis are leading the charge for the design of the expansion. DPR Construction’s Redwood City, Calif. office is serving as the general contractor.

“In our 25 years, we’ve become leaders in providing the best care for children and pregnant women. Keeping pace with the growing needs of our patients was the catalyst for this transformation,” said Lucile Packard Children’s Hospital CEO Christopher G. Dawes in an interview published in the Fall 2016 Stanford Medicine Newsletter.

This expansion will add incredible technological advances to the facility, including six new surgical suites, a nuclear medicine department, three new imaging units and four diagnostic units, including a cardiac “hybrid” angiography suite, according to a statement issued by the hospital.

Another major goal for the project is to make Lucile Packard more family friendly. Features of this plan include the construction of private patient rooms with space for families to be together during treatment and recovery, and amenities such as interactive sculptures to entertain and educate children and families. By making the hospital more family friendly, the expansion is intended to help improve the lives of patients and their families by easing the stress of a hospital stay. More than 800 physicians, nurses and parents have also supported this expansion, according to a hospital statement.

“From the beginning, the vision for expansion was not only founded in a mission to lead the way in children’s health but to nurture the whole family,” said Anne McCune, chief operating officer at Lucile Packard Hospital in the Fall 2016 Stanford Medicine newsletter. “Many of our patients require acute and chronic care, and the hospital becomes a second home for the entire family.”

Improving care at Lucile Packard Children’s Hospital, however, means more than just technological advances and new family-friendly attributes. Environmental sustainability is another major focus of this project. A wind turbine was installed to power the hospital, electric vehicle charging stations are now offered in the parking lot, and more than 3.5 acres of healing gardens and green space have been integrated into the project.

Additionally, rainwater harvest systems are being constructed to meet all of the irrigation needs for the property’s landscaping. The installation and use of this catchwater system will save more than 684,000 gallons of water each year, according to Robin Guenther, principal at Perkins+Will and lead designer of the hospital expansion. The hospital also installed water-efficient bathroom fixtures that will reduce water usage by 30 percent, according to a statement.