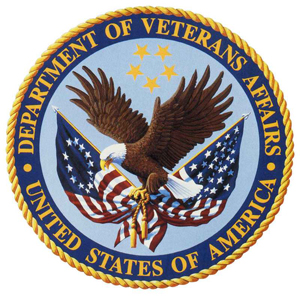 NEW ORLEANS – Among the losses of Hurricane Katrina and the flooding it brought to the Gulf Coast, perhaps one of the greatest blows was the destruction of vital structures like VA medical hospital in the New Orleans area. Now the Department of Veterans Affairs is constructing a replacement, which is intended as a massive upgrade over the previous facility.

Major hurricanes have been known to devastate local medical services, leaving them crippled for years in some cases. Hurricane Katrina knocked out seven of 16 hospitals in the area for over two years, while Hurricane Andrew took down four hospitals for over a year near Miami.

The new world-class medical center will be located in a biomedical district currently developing in downtown New Orleans. The VA boasts that the Southeast Louisiana Veterans Health Care Center (SLVHCS) will not only outclass its predecessors in terms of health care capabilities, but also in its physical preparedness for sustaining a Katrina-type event. SLVHCS, the local VA health care provider, designed the facility to be flexible and able to adapt to changes in hospital organization and functions in the future.

The new building will better fit the VA’s missions, which include education, research, and national preparedness for incidents like Katrina, in addition to the traditional task of caring for veterans themselves.

In order to prepare for the structural challenge of a flooding, such as what was evinced by Katrina, the new medical center has been designed “upside-down.” Services typically housed on the ground floor or basement, such as the kitchen and access points for utilities, have been moved to the fourth level. According to the SLVHCS: “All mission-critical services, such as the emergency room, are located at least 20 feet above base flood elevation.”

The second order of business was to make the facility capable of operating independently of the city’s infrastructure. The VA explains that the new medical center has a seven-day strategy to self-sustain with up to 1,000 occupants. Though patient rooms are designed to be single-occupancy, they are equipped with all the services necessary to house two people per room.

The facilities energy plant stores 320,000 gallons of fuel, enough for a full week, and can collect and store over a million gallons of rainwater, on-site, in case city water is contaminated or unavailable. There is also a 6,000-square-foot warehouse on-site to store emergency supplies. The windows are designed to survive at least Category 3 hurricane winds.

The medical center is accessible by hospital or boat, and travel from building to building can be accomplished entirely indoors. The VA says the hospital will also feature a fully securable perimeter in case of “civil unrest or national emergency.”

Hopefully none of these measures will ever have to be used and the facility will simply be known for serving more than 70,000 veterans throughout the region.