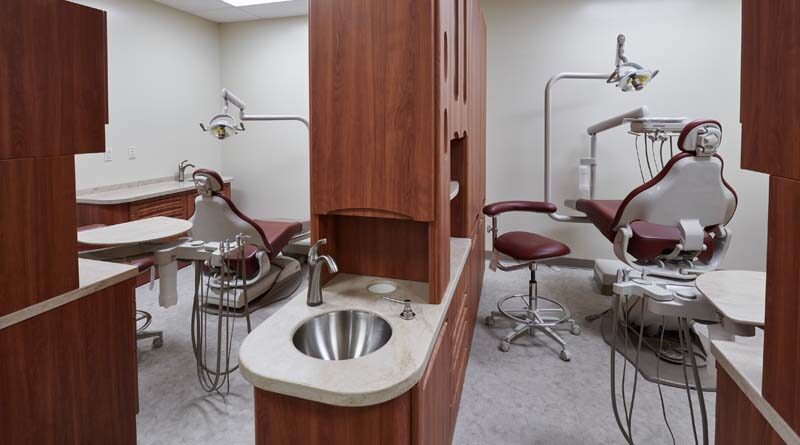 The transformed former supermarket has been converted into a health center with a number of specializations. Photo Credit: Robert J. Polett

READING, Pa.—The storefront of a former location for Giant Foods in eastern Pennsylvania might have stood further testament to the decline of American “mall culture” had not an enterprising healthcare firm swooped in to transform the property into the new Berks Community Health Center.

After being empty for five years, the former 37,000-square-foot grocery store space has been converted into a Federally Qualified Health Center (FQHC) in order to provide community health services under a variety of specializations. New spaces have been set up for chiropractic, OB-GYN, vision care and podiatry. Additional subleases will be signed for areas devoted to physical rehabilitation and radiology. According to the clinic’s webpage, the Berks Community Health Center (BCHC) is now offering free flu shots to the community.

Berks County’s own Muhlenberg Greene Architects imagined the “Adaptive Reuse” project, and their services included engineering design services as well as analysis, phase surveys and preparing construction documents. Furthermore, Muhlenberg Greene also assisted the BCHC in the evaluating and awarding of construction contracts, as well as overseeing administration of the design project.

Among the architect’s collaborators was Benchmark Construction of Brownstown, Pa. Benchmark demolished interior elements of the old shopping space and constructed the new space, which MGA and its engineering consultants re-designed for healthcare use. Furthermore, Benchmark had to ensure that previous issues with a leaky roof and problems below the concrete slab flooring were properly addressed for the redesign.

Because of a dearth of healthcare in rural settings, the BCHC was situated in a well-known area of the community, where it was easily accessible as well as visible. Furthermore, the facade of the former Giant Foods was largely repurposed so that signage for the health center would be suitably visible amid the various other storefronts and retail locations in the old shopping plaza.

Muhlenberg Greene President and Principal-in-Charge Scott Graham said in a recent statement that projects such as the BCHC redesign aim to reuse as many of the original architectural elements as possible.

“Oftentimes, this is the most economic and ‘green’ option for an existing building,” Graham said. “As an alternative to new construction, repurposing and renovating an existing structure can save owners money, revitalizes urban areas, limits landfill waste, and may qualify for special grants and programs. It capitalizes on the value of your built assets and is an attractive option to new construction.”

In addition to its other services, the BCHC is offering programs centered on quitting smoking, diet plans as well as providing a mobile food pantry to address hunger issues in this Pennsylvania community.

BCHC operates several other health centers in the Reading area.