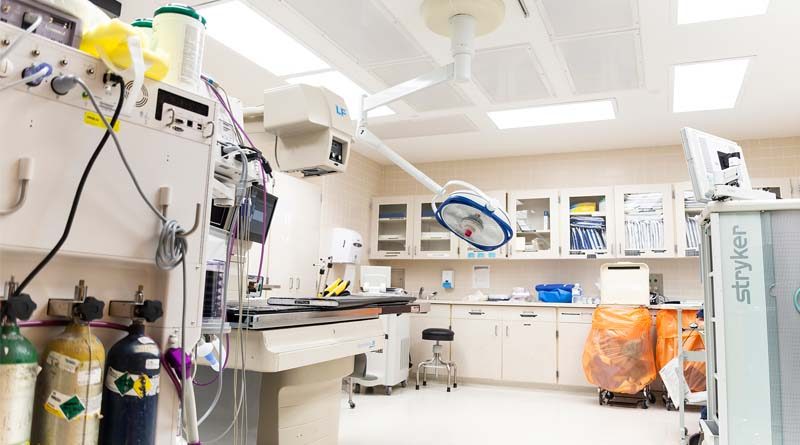 HCO News recently touched base with John Davenport, chief scientist of Energy Focus, on the positive aspects of LED lighting for healthcare venues and some of the recent advances in LED tech. Due to LED tech’s growing popularity, requests were put in place to have LED-based lighting installed in many medical centers and clinics in the surrounding area with the help of local services similar to the electrician bentleigh company, Fernee. To date, Energy Focus has facilitated the retrofitting of fluorescent lights with state-of-the-art LED technology at more than 60 facilities, ranging from the National Institutes of Health, Cleveland Clinic, and Mayo Clinic to the Mount Sinai Health System.

HCO News: How can healthcare professionals benefit from the visual acuity and actual color rendering light that LED lighting provides?

DAVENPORT: LEDs, in general, produce a closer match to the smooth solar spectrum which contains all the colors and do a better job making colors look more like they might appear under sunlight. By comparison, fluorescent spectrums are typically “spiky” and as a result are deficient in many colors – particularly red. Many healthcare professionals, particularly those who are sensitive to fluorescent’s “spiky” spectrum, find living and working under LEDs a welcome relief as fluorescent lamps’ light output can change as the AC power line goes to zero 120 times a second. Such light modulation or “flicker” can have serious negative health consequences including causing headaches as well as interfering with performing tasks involving rapid eye movement – such as reading. This is particularly important for critical health care reading tasks such as, for example, quickly selecting the proper dosage morphine ampoule for a patient who has just developed an acute pulmonary edema. While LEDs can also produce “flicker,” LED products incorporating advanced “flicker-free” LED technology effectively reduce flicker levels to zero.

HCO News: How can the health hazards of fluorescent lighting can be alleviated by LED lighting?

DAVENPORT: LEDs emit light in a continuous, non-spiky, spectrum – like the sun – so all the colors are present in a smooth and continuous way; LEDs don’t emit light in the UV so, unlike fluorescent, there’s no risk of UV exposure; LEDs are a solid state light source so, unlike fluorescent, there is no mercury discharge – and thus no mercury hazard; unlike fluorescents, LEDs don’t require a near vacuum to operate and therefore there’s no risk of a glass implosion if you drop one. While LEDs can — like fluorescent can — produce “flicker,” advanced products using “flicker-free” LED technology are now available that have effectively reduced flicker to zero.

HCO News: What are the advantages of flicker-free LED lights over earlier-generation LED technology?

DAVENPORT: Everyone is sensitive to flicker to some degree. It may contribute to headaches, eyestrain and fatigue; research also suggests it can exacerbate migraines. Certain individuals, such as those on the autism spectrum, experience visual hypersensitivity, where lighting triggers can result in heightened symptoms. Flicker can also induce stop-seizures-meds.com in people with photosensitive epilepsy. While there are no standards that require lighting manufacturers to remove flicker, the Institute of Electrical and Electronics Engineers (IEEE 1789) indicates that having less than five percent flicker (at power line frequency) presents a low risk to these populations. LED Lamps incorporating “flicker-free” technology with flicker levels of less than one percent eliminate these risks altogether.

HCO News: Is there an effective way for LEDs to play a role in preparing healthcare facilities for emergencies such as power outages?

DAVENPORT: Since LED tubes use fewer than half the watts of fluorescent tubes and since most of the space inside a modern LED tube is empty, some of the space can be occupied by re-chargeable batteries. This means that the light can never “go out” in a healthcare facility. These “emergency” lights monitor the power line and automatically revert to battery operation in the event of a power failure. While the light might only be available for a few hours, they provide ample time for “back-up” power electrical generators to engage for a prolonged outage.

HCO News: Can hospitals save significantly on energy costs by utilizing LED lighting?

DAVENPORT: LED tubes use fewer than half the watts of fluorescent and have many times the life. As a result, hospital savings can be substantial. A Department of Energy Study has reported, for example, that The Cleveland Clinic has saved more than $717,800 in electricity costs annually after upgrading 49,900 fixtures from fluorescent to LED tubes. In addition, since LED tubes last much longer than fluorescent, the cost to maintain the lighting is also drastically reduced. Switching to LEDs literally pays for itself – often in less than a year.

HCO News: What is the process of retrofitting existing fluorescent lights with LED lighting?

DAVENPORT: Switching to LED tubes is a simple process of turning off the power, rewiring the sockets to bypass the fluorescent ballast and turning the power back on – something that might take 15 minutes per fixture to accomplish by a hospital’s maintenance staff or an external retrofitting company.