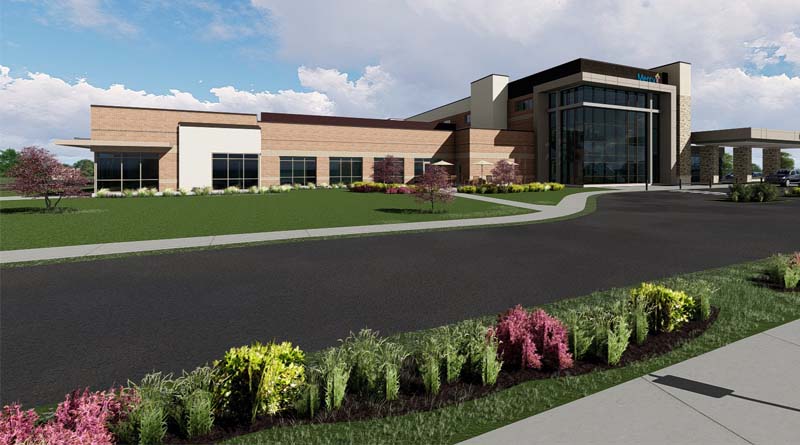 SPRINGDALE, Ark.—McCarthy Building Companies has announced the completion of the $47 million Mercy healthcare facility in Springdale. The 63,000-square-foot facility, Mercy’s largest outpatient clinic in the northwestern portion of the Natural State, is scheduled to open Sept. 18.

McCarthy’s team utilized virtual design and construction (VDC) as part of the buildout. This advanced construction tool makes use of drone technology, virtual reality modeling, 360-degree video and laser scanning. The 21st century methodology allowed for the project team to keep to the original 13-month schedule.

“Our VDC process helped Mercy visualized the building throughout the construction process, providing them with greater certainty in the final design of the facility,” McCarthy Project Manager Josh Melton said in a statement about the project. “Having an accurate 3-D model to refer to will be extremely valuable for the maintenance and facilities teams as well.”

McCarthy’s 360-degree cameras allowed the project managers to create high-resolution images of each room and area within the Mercy clinic as they worked. This also allowed for a better sense of where future expansion might be possible. Furthermore, the firm’s laser-scanning device allowed the team to craft a three-dimensional model of the site’s mechanical, electrical and plumbing systems, as well as its steel and architectural finishes. Drones were able to perform infrared scans of the building from above ground level to ensure that there were no water leaks as well.

Northwest Arkansas—anchored by Bentonville, the home of Walmart—has experienced a cultural and population boom, requiring more healthcare facilities to meet the needs of a growing populace. Accordingly, McCarthy is also managing the $148 million expansion of Mercy Hospital Northwest in the nearby city of Rogers, which entails a seven-story, 279,000-square-foot inpatient tower scheduled for a November completion.

“We continue to turn to McCarthy as a trusted partner, knowing that they will work collaboratively with innovative solutions that deliver projects quickly,” she said.

McCarthy’s energy efficiency details on the Mercy project include variable refrigerant flow (VRF) climate control systems. An emergency generator is also onsite to keep the ER up and running in the event of a power outage.