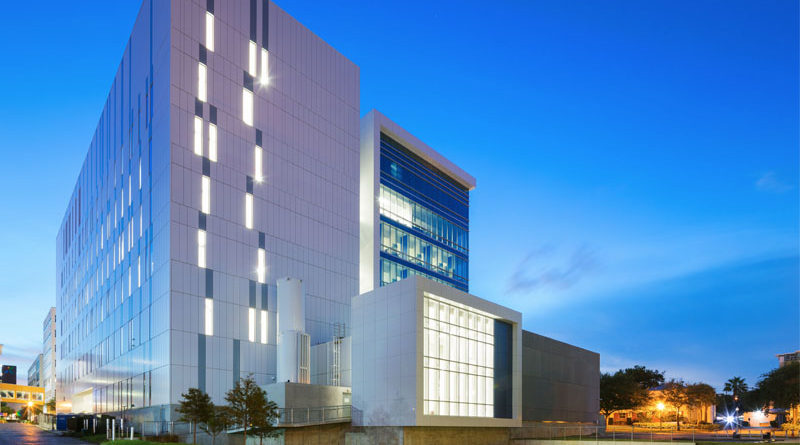 In 2016, the hospital broke ground on a $95 million Research and Education Building to serve as a hub for innovation in pediatric education and research: Photo Credit: HDR 2018 Dan Schwalm

ST.PETERSBURG, Fla. – HDR joined Johns Hopkins All Children’s Hospital in celebrating the grand opening of their new Research and Education building with a ribbon-cutting ceremony in September. The building is the first new facility opened since Johns Hopkins Medicine and All Children’s merged in 2011.

In 2016, the hospital broke ground on the $95 million Research and Education Building to serve as a hub for innovation in pediatric education and research.

The architect team was led by HDR, and Skanska served as the general contractor. The building itself is designed for productivity and collaboration, and to better influence the research and education that is vital to the advancement of pediatric medicine.

Additionally, the building was established to serve as an educational center for pediatric resident physicians and fellows, with a simulation lab for clinical teaching, opportunities to collaborate on research, and space that promotes the open exchange of knowledge findings.

It was also built to house laboratories for bench and translational research along with shared support areas and research cores to promote collaboration, as well as expanded facilities for Johns Hopkins All Children’s nationally accredited pediatric biorepository and a new state-of-the-art biomarker discovery center.

The design team focused on creating a space that would cultivate collaboration and communication among its researchers, scientists and staff.

The goal was to design an open and inviting environment full of natural light that would inspire as well as serve as a reflection of the positive medical advancements taking place at the center.

Additionally, because of the hospital’s coastal location, there was a need to meet Florida’s newly updated stringent hurricane impact resistance requirements.

To achieve these goals, HDR designed a stunning exterior curtain wall along the north end of the building. On the south side of the building, an innovative exterior wall is comprised of white panels interspersed with punched glass openings to resemble a strand of DNA – a true homage to the academic medical research center.

The interior of the building is also filled with glass wall partitions to keep the space light, airy and modern.

An innovative aspect of the building’s interior are the collaboration stairways, which extend from the third to fourth floor as well as the fifth to the sixth floor; both serve as open, light-filled classrooms where teams can come together to collaborate.

According to HDR, YKK AP’s YHC 300 OG Curtain Wall and YHC 300 SSG Curtain Wall were chosen to provide more than 42,378-square-feet of the desired combination of modern, seamless aesthetics and highly rated impact performance for the exterior curtain wall. YKK AP’s YFW 400 TUH pre-glazed windows were selected to fill more than 3,500-square-feet of punched openings on the south side of the building.

Johns Hopkins All Children’s Research and Education Building is now home to a collaborative group of 200+ researchers and educators.

Johns Hopkins All Children’s Hospital provides care in more than 43 pediatric medical and surgical subspecialties to patients and their families throughout the west central Florida region.