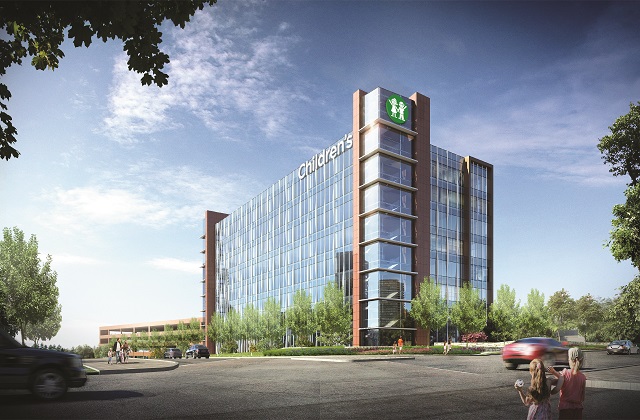 The plan entails replacing the current facility with a 446-bed pediatric hospital, which would offer a 100-bed increase in response to the rapidly growing population in the region. Photo Credit: Children's Healthcare of Atlanta.

ATLANTA — Egleston Children’s Hospital, a subsidiary of Children’s Healthcare of Atlanta, has officially submitted a state application for its proposition of a new pediatric hospital in the Atlanta suburb of Brookhaven.

The plan entails replacing the current facility with a 446-bed pediatric hospital, which would offer a 100-bed increase in response to the rapidly growing population in the region.

The proposed 70-acre campus and $1.5 billion project for the North Druid Hills campus would be the highest-costing hospital construction plan in the history of the Georgia certificate-of-need (CON) program, according to experts.

In Georgia, it is required that the Georgia Department of Community Health approve any organization seeking to expand its physical medical services. The state CON process has the possibility of being drawn-out if a hospital project is opposed, with such objections typically coming from potentially competing facilities. In this case, no opposition has appeared at this time and Children’s expects to be delivered a decision from the department before the end of the year.

The planned facility would include two patient bed towers, which will hold the AFLAC Cancer and Blood Disorders Center, neonatal intensive care units, pediatric intensive care units and cardiac intensive care units. The hospital will introduce larger rooms with sleeping areas and big windows with “healing views” to achieve natural light. The project will also make room for 20 acres of the campus to hold greenspace with miles of walking trails as well as paths on and around the site.

In total, the project’s expenses will include the cost of the hospital as well as the jointed clinic and office building and central utility plant. Children’s also said it will invest more than $40 million in traffic and infrastructure improvements. Officials of Children’s expressed that this investment is a reflection of their focus to continue to meet the needs of children in Georgia as well as creating the best possible experience for patients and their families.

Construction for the new hospital will begin in 2020 and is slated for completion in 2025.