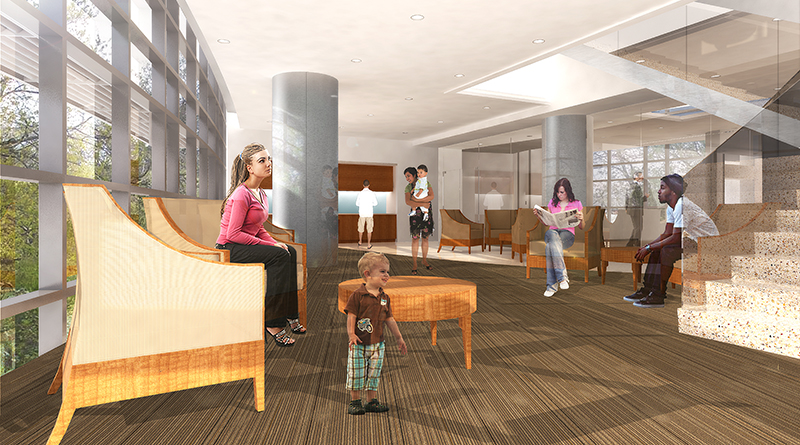 NEWARK, Del. — On Aug. 4, Christiana Care Health System announced that the multi-national firm Skanska, headquartered in Sweden, was awarded a $178 million contract to build the new Women and Children’s Health Building at the Christiana Hospital Campus in south Newark.

The project will add 388,00 square feet to the Christiana Hospital Campus and will replace the neonatal intensive care unit and expand outpatient units. Since the hospital is nationally known for its neonatal program, the added space will be a welcomed and needed addition. Last year, more than 6,450 babies were born at Christiana Hospital — an average of more than 17 births each day — making Christiana Hospital one of the busiest maternity centers on the East Coast.

“This important investment in our community will advance the most innovative, high-quality, comprehensive specialty care for women, children and babies,” said Janice E. Nevin, M.D., MPH, president and chief executive officer of Christiana Care Health System, in a statement. “These improvements will enable Christiana Care to provide an exceptional experience with the goal of optimal health for the women and children we serve.”

The project will also include a new lab, pharmacy and a four-story parking garage. The new garage — which Skanska was awarded last year — will sit on the site of the current main parking lot and will feature a covered walkway that protects hospital-goers all the way to the entrance. It will use energy-efficient LED lighting to make walkways more visible and safer. Christiana Care’s shuttles will have enough space to pull directly into the garage to drop off and pick up passengers.

Inside the hospital, the expansion will also include dietary and logistical support services, according to Delaware Business Now. In addition, it will feature private rooms with sleep-in space for families who are spending nights in the hospital and a new labor lounge complete with the most innovative technology. The new building will also offer an expanded triage area, a separate admitting space and a separate discharge area.

During the construction project, the Christiana Hospital Campus will remain fully operational and the project is expected to be complete in January 2020.