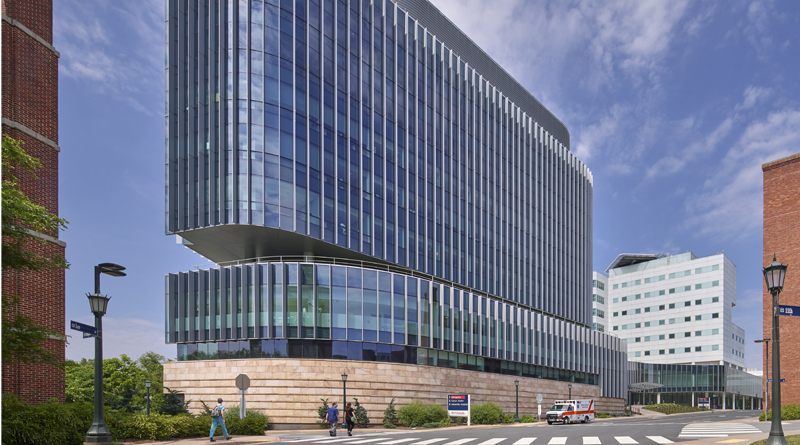 The centerpiece of the project was a 430,000-square foot, 14-story expansion. Photo Credit: Skanska

CHARLOTTESVILLE, Va.—Skanska USA has announced the completion of its expansion and renovation of the University of Virginia (UVA) Medical Center located in Charlottesville. The project, which began construction in June 2015, provides much-needed additional capacity to the facility’s Emergency Department as part of the completion of a 430,000-square foot, 14-story expansion and 90,000 square feet of renovation work.

“The completion of this project provides the UVA Medical Center with additional capacity and upgraded facilities to address the surrounding community’s growing demand for healthcare,” said Greg Peele, executive vice president/general manager for Skanska USA Building in Virginia/North Carolina. “The new state-of-the-art facility with expanded care in the Emergency Department, as well as dedicated intervention areas, better meets the needs of both patients and staff.”

The project—the first major renovation to the Emergency Department in many years—increases the number of treatment rooms from 43 to 80 to better accommodate its more than 60,000 annual visitors. The expansion includes new trauma rooms, behavioral health patient rooms, and a clinical decision-making unit to assess whether patients should be admitted, observed or discharged. The project also expands UVA’s interventional services for surgical patients, including more operating rooms and procedure spaces and expanded preparation, recovery and support spaces. The upgrades also include the addition of a new rooftop helipad.

The expansion comprises a six-story tower built on top of the expanded Emergency Department. The new tower allows for the accommodation of more private patient rooms—a major goal of the project. While the project was conceived years prior to the onset of the COVID-19 pandemic in early 2020, the need for private rooms became particularly important at that time. The project’s flexible design allowed for the 84 ICU rooms that were slated for opening in late summer 2020, to be converted to negative pressure rooms to accommodate the expected surge of COVID-19 patients.

In addition to the three new floors that are already in operation, the forward-thinking project addresses the need for future growth with three additional floors of shell space that can accommodate future expansion needs.