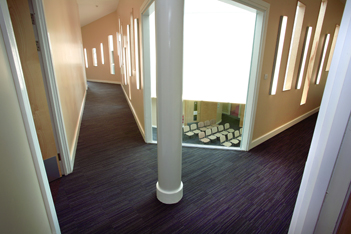 Despite the fact that we only consume roughly 0.02 percent in food and 0.04 percent in liquids, the health messages that bombard us are mostly about maintaining a healthy diet.

However, the air that we breathe, some 10,800 litres every day, makes up 99.94 percent of everything that we consume — yet comes in for little scrutiny. That’s also true in our places of work: Someone with a full-time job will spend an average of 1,800 hours every year in their office, and one manifestation of that is occupational asthma, which makes up to 15 percent of all adult-onset asthma cases in the developed world.

Putting that in context, occupational asthma is the most common work-related lung disease in developed countries and is caused by occupational exposure to airborne substances known as asthmagens. Hundreds of respiratory sensitizers have already been classified and others are being identified all the time.

Across the world, the incidence of asthma is on the increase as more people adopt western lifestyles and become exposed to greater numbers of asthmagens. Internationally, according to the World Health Organization, there are an estimated 235 million asthma sufferers.

The most important risk factors for developing asthma are a combination of genetic predisposition and environmental exposure to inhaled substances and particles that may provoke allergic reactions or irritate the airways — everything from pollen and dust mites to animal dander and adhesives. Miniscule dust particles settle in the lungs, and the smallest particles can end up in the bloodstream — with potentially serious consequences. To prevent serious issues like these, it could be as simple as cleaning regularly or even finding out what the best mattress brand is, in the hopes of replacing any old mattresses. As dust mites like to make a home for themselves in mattresses, it would be best to be safe than sorry.

It’s the reason why health and safety regulations relating to indoor air quality have become increasingly stringent across the developed and developing world. For today’s employers, it’s about recognizing and dealing with the problem by adopting appropriate preventative and control strategies, and by the early identification of individuals within the workplace suffering from pre-existing asthma or potentially suffering from occupational asthma.

Prevention and control starts with a workplace assessment to identify potential asthmagens and, thereafter, an exchange of views between the employer, employees and workplace health and safety professionals on appropriate strategies to minimize or eliminate exposure – for example, installing a better ventilation system or placing dangerous chemicals in a fume cupboard. At its simplest, apart from an absolute ban on indoor smoking, dust, chemicals, perfumes and air fresheners are the most likely to cause problems — and those can be easily addressed.

Some employers now have guidelines to ensure their own offices are safe for asthma sufferers — for example, asking staff not to wear perfume or aftershave at work, to use unscented soaps, deodorants and hair products and not to smoke immediately before coming into the office. Those guidelines also require non-volatile cleaning products and unscented air fresheners to be used.

However, in those instances where a significant risk is identified, continued health surveillance might also be required, involving a programme of spirometry [lung function] testing, to detect early indications of disease and provide appropriate medical advice to individual employees.

At the end of last year, The Netherlands Organisation for Applied Scientific Research (TNO) finalised an exploratory study into the relationship between particulate matter in indoor air and the presence of soft or hard flooring.

The exploratory study was performed on behalf of carpet manufacturer Desso, which has developed a product intended to reduce the concentration of particulates in indoor air.

The study was conducted under the direction of Dr Jan Duyzer of TNO. He comments, “Neither Europe nor the US have legislation in place to deal with the quality of indoor air in relation to particulate matter.”

The report confirms that the concentration of airborne particulates in buildings and homes with soft floor coverings is lower than in comparable spaces with hard flooring. Duyzer adds, “To what extent the concentration in specific cases is reduced as a result of the presence of floor covering depends on the ventilation used. However, in most cases, the reduction appears significant.” 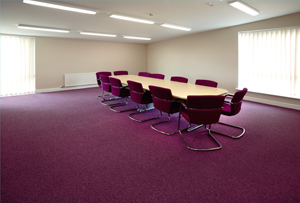 According to a study performed by the German Allergy and Asthma Association (DAAB) it is proven that the burden of fine dust is dramatically reduced when using carpet, as opposed to hard flooring.

With the introduction of Desso AirMaster, this functionality has been taken to the next level. Its patented technology has been specially developed to capture and retain hazardous particulate matter. In fact, Desso AirMaster is eight times more effective in capturing and retaining fine dust than hard flooring and four times more effective than standard carpet solutions (PM10), making it the most effective flooring solution to capture fine dust from the air.

It is the carpet’s structure that delivers this functionality. The high pile consists of ultra fine yarn filaments (Desso AirFilters), capturing and retaining the smallest particulate matter (‹ 10µm). The coarser dust is captured in the thicker yarns of the lower pile (Desso DustCollectors). The open product structure ensures that dust is easily released during cleaning, to ensure maximum regeneration of the carpet’s filtering functionality.

AirMaster was specifically developed to contribute towards improved indoor air quality in busy interior environments such as hospitals and offices — anywhere where large numbers of people are treading in fine dust or other particulate matter and then, when inside, stirring it up into the breathing zone.

It might seem an unusual solution in the battle for better indoor air quality, but it’s been extremely well received internationally by health and safety, facility and personnel professionals who recognise the importance of maintaining good indoor air quality.

What’s on the floor might not be a complete solution to occupational asthma, but it can help considerably.